IT DOESN’T TAKE MUCH –  to make me happy, as one might guess from the above title for today’s blog.    Since leaving the area of NC last year at the beginning of this adventure, the docks all become “fixed” — meaning that they do not float up and down the pilings of the dock structures.  The tides are so very minimal, that there is not really a need for floating docks.  BUT , let me whine here for a moment, for me the activity of getting off and on the boat becomes quite difficult due to short legs, fear of heights above 2-3 feet, and skinny assed docks.    I do use a small step stool, but even then, the task requires a crane in some situations  to haul my butt off the boat.  There is JOY now as we have arrived in the land of floating docks once again.   Altho’ that also means that we are nearing the end of this adventure where my emotions are of NO, I don’t want this to end, and YES, it is time to get back on the dirt.

All the way from Malaysia and the Grand Banks factory came this small vent cover via DHL.  We lost one to the sea somewhere along the way.

Among many sites I saw the other day when wandering around was this Constitution Monument in the park/plaza near the Bridge of Lions at the center of town.

The  Spanish government instructed the Colonists to erect this monument to celebrate the newly formed Spanish Government.   After a change in the Spanish government in 1814 when rule was returned to the Monarchy,  St. Augustine was instructed to destroy the monument.   St. Augustine refused to do so and today this monument still stands.  It is believed to be the only standing and surviving monument in the World commemorating that campaign. 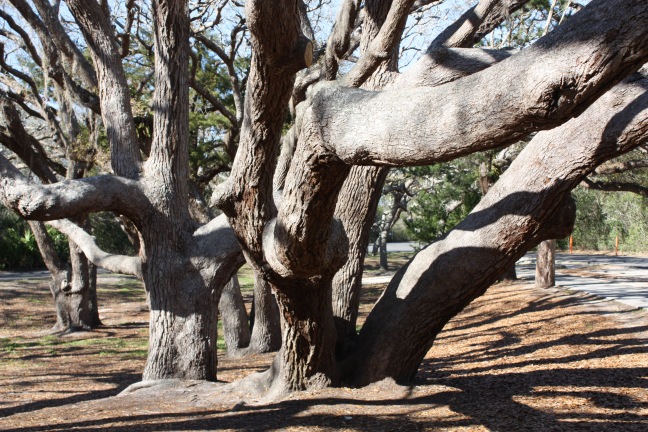